The management of Imo State University (IMSU) Owerri, has condemned in very strong terms the campaign of calumny against the recommendation of the Prof Chinedu Nebo Visiting Panel as regards the continued stay of Prof Victoria Adaobi Obasi as Vice Chancellor of the university until her tenure legitimately elapses in October 2021 in line with section 6 (2) sub-section 6 of the Imo State University Law No 5 of 2004, which states that, “the Vice Chancellor shall hold office for a single tenure” of five (5) years” from the date of substantive appointment.

A release issued by the Public Relations Officer of the institution, Nze Njoku Obi, said the appointment of Prof Obasi as Vice Chancellor of the ivory tower “followed due process as enunciated in the governing laws of the university”, stressing that, it is not stated anywhere in the university law No 5 of 2004 that the period spent in acting capacity is part of the tenure of a substantive Vice Chancellor.

The release commended the Prof Chinedu Nebo Visitation Panel for discharging it’s duties diligently without sentiments and accused the arrow-head of the campaign, Fidelis Eze of bias and ignorant of the rules, regulations and dynamics of the Nigerian university system, especially in respect of the appointment of Acting and Substantive Vice Chancellors. 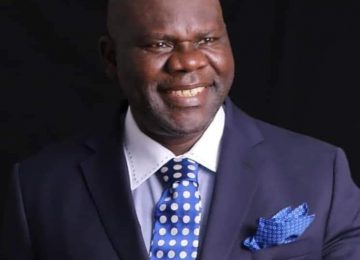 Posted by Watchdog Newspaper - February 10, 2022 0
·        By Rejoice Ihedioha The Academic Staff  Union of Universities (ASUU) FUTO chapter, has threatened to embark on a nationwide…