Worried by the frightening level of insecurity in Imo with particular mention to Orlu zone Chief Valentino Chinedu Ugbala, an international businessman and C.E.O, Valentino Da Vinci Nig. Ltd, has gone to the Vatican, headquarters of the Catholic Church Worldwide, to seek divine intervention.

The Okporo, Orlu born philanthropist who has done so much for his people, especially the youths, said he decided to take the security challenges facing the country, our dear state Imo, especially Orlu local government area and his community, Okporo Ancient Kingdom to the Vatican where the Catholic Pontiff presides and conducts Holy Masses because of his firm belief that God can positively change all situations.

In a chat with our Reporter, Chief (Sir) Valentine Ugballa said, “I booked Holy Masses at St Peter’s Basilica, Rome, Vatican City and also booked a Mass at St Anthony Di Padova, Italy where prayers were offered, asking God to intervene in the security situation in Orlu, Imo State, the South east and the country at large.”

Many leaders commended  Valentino has for the enormous sacrifice he made by  travelling to as far to Vatican to seek solution to the ravaging insecurity through prayer and drawing attention of relevant agencies  to the plight of Imo people.

They also affirmed that since God has taken control of the situation any person or group of persons fomenting insecurity  is daring God.

In a chat with Nigeria Watchdog reporter, Valentino Ugballa urged all and sundry to join hands together to find ways of addressing the security challenges ravaging our various communities, adding that ensuring security is everybody’s responsibility.

According to him, “the issue of ensuring security of lives and property is a collective responsibility that should not be left for the government  or security agencies alone. We all have roles to play in ensuring that insecurity is not only curtailed but    is nipped in the bud.”

It would be recalled that insecurity in Orlu and it’s environ has been on the front burner of public discuss, as most residents, especially the youths have deserted their communities to seek refuge elsewhere.

This has negatively affected socio-economic activities in the area as most businesses have collapsed, including banks.

Posted by Watchdog Newspaper - May 4, 2020 0
A group known as “Mbaike Young Professionals”, has reacted to a report describing Imo Head of service, Dr Chibuzor Iwuagwu… 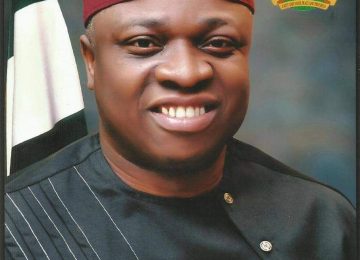