The former Governor of Imo State, Chief Sir Ikedi Godson Ohakim, (Ochinanwata) has approached Imo High court in a suit to seek enforcement of his fundermental rights, especially on right to privacy which he claimed has been invaded.

Upon hearing of the suit No HOW/691/2020 on September 4,2020 the presiding judge, Justice P.C Ikpeama granted an interim order in favour of Ohakim, restraining  security agents from harrssing or arressting Ohakim pending the determination of the substantive suit.In his word,Justice Ikpeama said,”I am of the view that the both parties should maintain status quo pending the hearing and determination of the suit”.

The Judge further granted the plaintiff leave to serve the defendants through substituted service.

Ohakim as gathered had dragged his estranged lady friend, Chinyere Amuchienwa-Igwegbe to court over what he tagged continued harassment, .In the suit, he seeks enforcement of his personal liberty, privacy, dignity and fundamental right to freedom, being substantially infringed upon by the lady using officials of National Agency for Prohibition of Traffic in Persons (NAPTIP).

In a writ of summons on behalf of the former Governor, by his lawyers, Aloy Ejimakor (Esq) and C.J. Asika Ilobi, (Esq) which was meant to be served on Lady Chinyere Amuchienwa-Ilobi, the court is expected to entertain Ohakims prayer to restrain the Chinyere Amuchienwa-Igwegbe who is the 3rd respondent through the Enugu Zonal Commander of National Agency for the Prohibition of Traffic in Persons (NAPTIP).

Besides Chinyere Amuchienwa-Igwegbe, as the 3rd respondent in the suit, other respondents in the matter are the National Agency for the Prohibition of Traffic in Persons (NAPTIP), the zonal commander of the Enugu command of NAPTIP, the Director General (DG) (NAPTIP) H.H. Tahir, an officer of NAPTIP, Magnus Emeh.

A source who spoke to THURSDAY NIGERIA WATCHDOG on condition of anonymity, said,”The bone of contention is a petition against ex-Governor Ikedi Ohakim by his estranged friend, business associate and confidant, Chinyere Amuchienwa-Igwegbe who accused ex-governor of collecting huge sum of money on the grounds that he will refund the said sum but later reneged and started avoiding her.

After several concerted efforts to recover her money from Ohakim had failed, Chinyere Amuchienwa Igwegbe, petitioned the NAPTIP on sundry accusations against Ohakim forcing the former governor of Imo State to consider, as a counter, an order restraining NAPTIP form inviting him”.

Posted by Watchdog Newspaper - January 8, 2019 0
By Dorcas Otuokere A USA based group known as Umuada Ndi-Igbo in Diaspora Inc, on Saturday 5th of January 2019,… 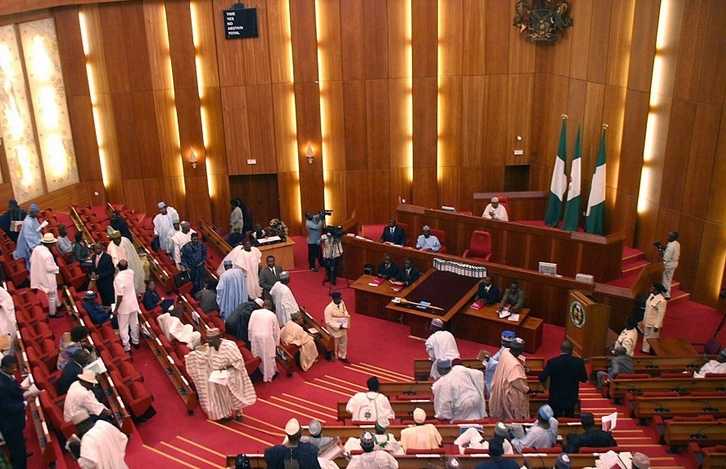 Posted by watchdog - October 28, 2017 0
Prof. Dike Lashes at Detractors –    Says their game plan has hit the rocks. The nomination of Retired Justice Sylvester…

You Are Hunted By Blood of Somtochukwu,Imo Govt Replies Rochas