By Dorcas Samson Achi
The Management of Imo State University(IMSU), Owerri has suspended the two lecturers alleged to be involved in sexual misconduct with their female students.

Nigeria Watchdog had earlier published  the videos of which have gone viral on the internet.

This is according to a release signed by Nze Ralph Njoku-Obi, the Public Relations Officer of the school.

They also implore the general public to be patient and await the outcome of the investigation in line with the University established rules and practices, stressing that the school will not condone immorality in any guise, especially in a matter of this magnitude.

Posted by Watchdog Newspaper - February 2, 2021 0
·        Condemns killing of unarmed persons “It is the duty and responsibility of government at all levels to listen to complaints,… 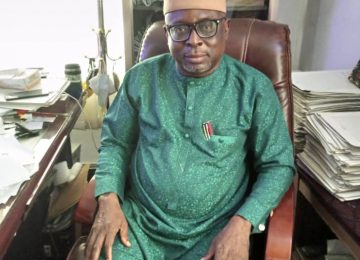 No Amount Of Intimidation, Blackmail Will Make Me Back Out Of FUTO Host Communities Struggle-Anokam

Posted by Watchdog Newspaper - March 30, 2022 0
The Attorney of FUTO host communities Chief Sam Anokam, a reputable Esate Surveyor has said that all kinds of intimidation,…