The Imo State Chairman of the Peoples Democratic Party(PDP), Engr. Chief Charles C. Ugwuh, OON, has applauded the Independent National Electoral Commission(INEC) for it’s innovative use of technology which allows for the direct transmission of results from the polling Units to its Servers.

The chairman while speaking with Newsmen in Owerri yesterday,Monday Oct. 19, 2020, noted that the recent Gubernatorial elections in Edo and Ondo States have confirmed that INEC has the capacity to conduct credible, free and fair elections anywhere in Nigeria.

According Ugwuh,direct transmission of data electronically from the polling units to the Servers of INEC, enhances the credibility of results and reduces the chances of ballot box snatching; results tampering and other electoral malpractices.

The Former Minister of Commerce and Industry, further stated that Imo State PDP welcomes the new spirit in INEC and urges the commission to sustain these strategies and innovations in the Imo State North Senatorial By-elections on October 31, 2020.

He said, “we urge INEC to maintain and sustain these positive improvement and Innovations”, while making case for the transmission Result from polling units Directly in the fast approaching Senatorial by-election.

Posted by Watchdog Newspaper - May 20, 2020 0
The Imo State Oil Producing Areas Leadership Forum (ISOPALF) has called on the Imo State Governor to reconstitute the board… 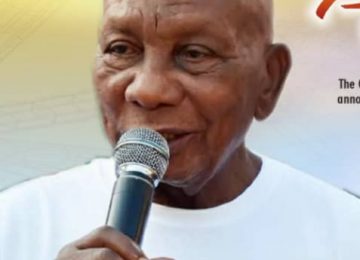