As part his commitments towards the rapid growth and safety of lives of the students of Imo State in the various schools at all levels, the Senior Special Assistant, SSA,to the Governor on Students affairs, Hon.Comr.Franklyn Oparaji,yesterday, Oct.14th 2020, interfaced with the management of the College of Health Amaigbo in Nwangele LGA,Imo State.
According to Oparaji, ” the aim of the visit was targeted at ensuring that the general welfare of the students and other challenges are properly handled  and reported to the Governor under his watch.

Hon.Oparaji,who was received by the Provost of the College who was represented by the Dean of College alongside with the Registrar, the Chief Security Officer and the Dean of Students Affairs,among other top management staff of the college. Speaking, the Provost of the College, Pharm.Dr. Ethelbert Obiasogu,ably represented by the Dean of College,Mr.Anselem Uzoechi, expressed delight to welcome the SSA and his team.
He harped on some of the pressing issues as they concern the affairs and well-being of the students.The management on there side,promised to relate to the students on the current situation and promised to work in good synergy between the State Government and the Students.
The School Management under the headship of the Provost disclosed that the institution is poised to promote and protect the vision of his Excellency’s Dist. Sen. Hope Uzodima’s 3R mantra of his Share Property Agenda.
Oparaji,in his words, thanked the management of the College for their efforts done so far towards protecting the Students.

Oparaji while addressing the school management advised on the importance of getting Governor Hope Uzodinma’s  approval before implementing any decision because the Governor is a man with large heart who loves the Students so much and he doesn’t want to hear them cry.
He described the Governor as a God fearing man who sees and takes Imo Students as his own children.He assured  them that the governor came prepared and there is nothing to fear. Thereafter, the management commended the Governor for his leadership prowess and sagacity,but  promise that they are solidly behind his administration.

Highlight of the working visit was the inspection tour round the school that was piloted by the Provost Representative alongside with School Management who took the SSA around the School with the National Association of Imo State Student President,NAISS, and the National Association of Polytechnic Students Vice President and other Students leaders including the SUG Executive Members of the Institution for facility tour as the SSA commended the management for their great work put in place for a short period of time as the College Provost.

Some of the Principal Officers of the Institution are:”The Provost of the College,Pharm. Dr. Okey Ethelbert Obiasogu, Mr. Anselem Uzoechi (Dean of the College of Health Sciences), Mr.Valentine Iheanyi Etumnu,SAN,(Dean of Students’ Affairs), the Registrar of the College,Barr. Gogo Chisom Phillips”.
The visit was to interface with the school management and some of the discussions includes,the extoction of students by lectures and other security challenges which the SSA directed the management to establish an office for  Man “O” War like other schools to enhance security of the students and other related issues.

Posted by Watchdog Newspaper - September 7, 2020 0
v Say they are ready for fresh polls Cross sections of traders at the Imo International Market Extension Egbeada in Mbaitoli… 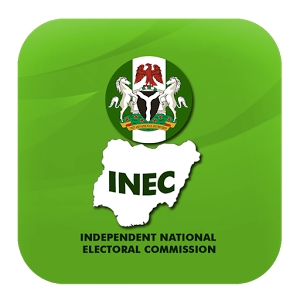