-Management will ensure justice for Victims-PRO

A staff of the Federal Polytechnic Nekede,  simply identified as Isaac who  is said to have for a very long time, been involved in admission racketeering and other fraudulent transactions has met his waterloo, as he was recently arrested for defrauding about nine students of the institution of their school fees, acceptance fees,etc and issued them fake receipts.

It was gathered that the culprit who in the first place, facilitated the admission of the affected students and thereafter, gained their trust and established relationship with them was said to have collected different sums of money from his victims since 2017, in the guise of assisting them to pay the aforementioned fees to the school.

When contacted, one of his prime victims, (Namewitheld), a HND 1 student of Public Administration in the school said, “I don’t actually know the exact amount he collected from me because, it is much and I have not taken time to calculate. One thing I know is that I gave him my school fees, acceptance fee and others to remit for me. He gave me receipts which I did not know were fake. It was when I went for clearance that it was discovered that all the receipts he gave me for the various sums he collected from me are fake.”

She further, revealed that, when it became obvious that Isaac who pretended to be assisting them was an alleged  fraudster, they made several efforts to recover their money but the culprit kept dribbling them by giving one flimsy excuse or the other.

“He also became elusive until we accosted him within the school premises and raised alarm which attracted the attention of other students, including our Course Representative, who took him to the school security personnel.”

Another victim of Isaac’s fraudulent and nefarious activities in the school, who simply introduced herself as Cynthia confirmed the incident, pointing out that available records show that Isaac who has worked at Federal Polytechnic, Nekede for the past 20 years has about (9) nine students on his list of identified victims, excluding those who are yet to come forward now that the issue has become public knowledge.

They disclosed that they and other victims were told by the police to report at Ihiagwa Divisional Police Station where the culprit was detained before he was released on bail, and to seek ways of sorting out the issue.

When contacted, the Public Relations Officer of the school, Eva Nwosu, dispelled speculations in some quarters that the management is shielding the alleged culprit, pointing out that prior to the revelation that Isaac has been defrauding student’s of various sums of money and issuing them fake receipts, he had previously been caught fraudulently selling drugs worth over N200, 000 as a staff of the pharmacy unit.

Responding to a question on whether the victims would recover their money, the PRO, said, “the affected students will definitely be refunded every kobo collected from them by Isaac. All they are expected to do is to come forward, present and substantiate their claims. The culprit’s salary will be deployed to settling them”.

Posted by Watchdog Newspaper - May 14, 2019 0
Imo women under the umbrella of “Imo Women Frontier (IWF)” have demanded inclusion of female folks in leadership positions in… 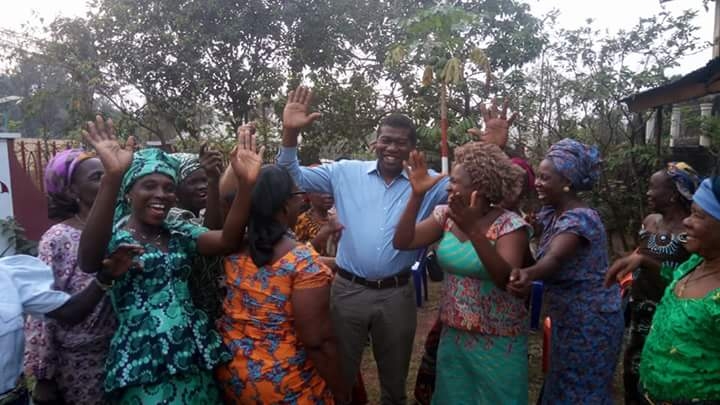 Posted by watchdog - February 2, 2018 0
By Martin Opara There was spontaneous jubilation and expression of unrivalled  happiness among Peoples Democratic Party (PDP) women in Ebenese,…