Another prestigious honour has been bestowed on the founder of Ikukuoma Foundation, Dr. Summers V.C Nwokie on the 23rd of September 2021.

While presenting the “Award of Excellence in Physics”, to Dr. Nwokie, the President of the Institute, Professor H.O Aboh described him as a phenom, who has distinguished himself in several spheres of human endeavour and a thorough-bred scholar who has contributed immensely in science researches and development.

The Local Organizing Committee chairman of the conference, Professor Tony Nwokoye, equally expressed his delight in the academic contributions of Dr. Nwokie, as well as his humanitarian services which has remained legendary.

Represented by the duo of Comr Nnaji Julius – DG Ikukuoma Foundation and the Head, Media and Communication of the Foundation – Mr. Anosike Chidozie, the  award was received on behalf of Dr. Nwokie, by the Director General of the Foundation who relayed the reaction of his boss thus “I find myself privileged to be honored in this way by this Institute, it is a very great honor which will remain evergreen in my memory, and this has spurred me to remain resolute in my efforts in scientific researches, capacity development and further positive commitments in improving human knowledge. I sincerely appreciate this Institute”.

Dr. Nwokie further made some voluntary financial contribution in support of the Institute in their scientific researches and academic development.
The conference was attended by over thirty (30) reverred professors in several Physics-related disciplines accross the nation, including the Vice Chancellor of Nnamdi Azikiwe University, Professor Charles Okechukwu Esimone, as well as the secretary of the Institute, Professor N.M.D Chagok and several others.

Posted by Watchdog Newspaper - April 26, 2019 0
By Harriet Ijeomah On Thursday April 25, 2019 aggrieved members of the State Executive Committee (SEC) of All Progressives Grand… 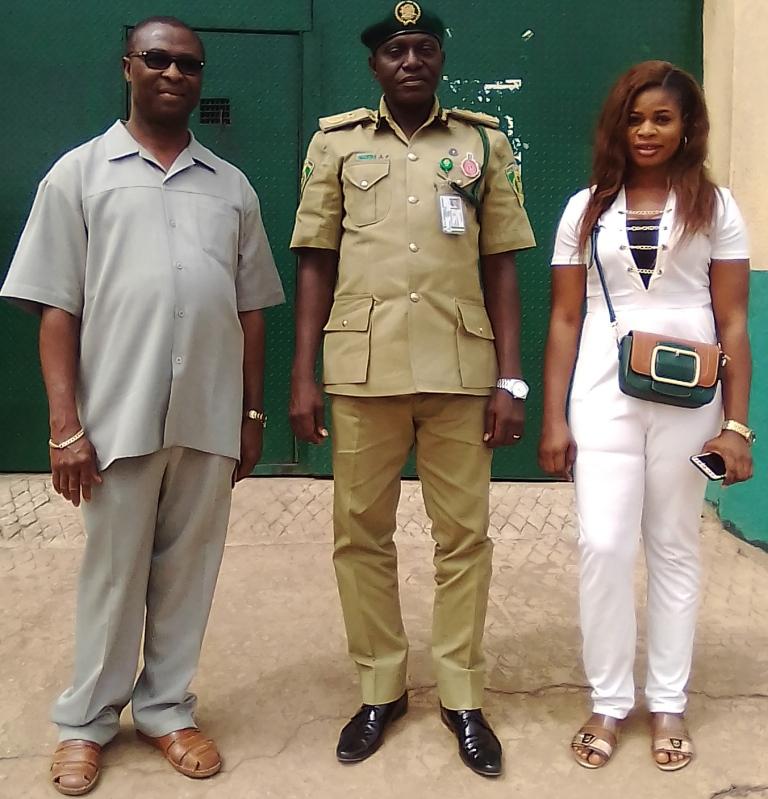 Posted by Watchdog Newspaper - January 8, 2019 0
By Martin Nwoko An illustrious son of Imo state, who hails from Mbaitoli LGA but resides in the United States…