The appointment of Senator Ifeanyi Araraume (Agu Isubu) as Chairman, Nigeria National Petroleum Corporation (NNPC) Ltd and Mrs. Margaret Chuka Okodigbo as member, Board of Directors, NNPC by President Muhammadu Buhari has continued to attract congratulatory messages and commendations by individuals and Pan-Igbo groups at home and in the Diaspora, including Ohaneze Ndigbo and the Imo APC National Assembly caucus who through a paid advertorial commended and extolled the President for his magnanimity.

The release said,”this kind disposition by Mr President is a source of motivation to Ohaneze Ndigbo worldwide in their quest and aspirations for a peaceful united Nigeria adored on equity, justice and fairness.”

“It is hoped that Mr President will continue on this path of honour and reflective of peace building”.

The Imo All Progressive Congress, National Assembly caucus, in a release they jointly signed congratulated Senator Ifeanyi Ararume on his well deserved appointment and commended the President, Major Gen. Muhammadu Buhari (Rtd) for the appointment of Senator Ifeanyi Ararume as chairman, NNPC Ltd, a feat they described as a step in the right direction.

The APC National Assembly caucus in a release signed by Senator Rochas Okorocha, Hon Chike Okafor, Hon Pascal Obi, Kingsley Uju, Hon Ugonna Ozuruigbo (OZB) and Hon Maryan Onuoha said, As the APC Representatives of Imo People in the National Assembly, we believe that this appointment vindicates those of us who have always maintained that Mr. President has no issues with the Southeast people.

The noted that as one of the Fathers of Modem Nigeria, Bubari has demonstrated statesmanship and leadership craft by appointing one of the brightest, competent and most diligent minds East of the River Niger.

The release further said,”We make bold to declare that history will be kind to Your Excellency for giving the South East this opportunity and choosing a consummate businessman, an employer of labour, an astute lawmaker, manager of men and materials, a Patriot and a trusted loyalist as Chairman of the Board.

“On behalf of our constituents, we thank your Excellency for this gesture and pledge our continued loyalty and that of our people to your Administration”. 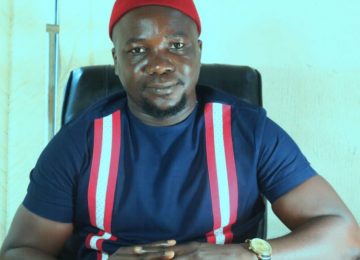 Posted by Watchdog Newspaper - May 3, 2022 0
·        Committed to restoring peace, security, economic activites Some progressives from Orlu local government area of Imo State who are passionately…