The remains of His Royal Majesty Eze (Dr) Sir Maxwell Omeire Kanu, KSC (Ochiriozuo) who died recently will be returned to mother earth at his palace in Arondizogu in Ideato local government area of Imo state on Friday  November 26 after a funeral service at Cathedral Church of St Peter Ndiawa Arondizogu by 9am.

The late Royal Father, popular philanthropist, an industrialist and humanitarian was the traditional ruler of Ejezie Autonomous community,Arondizuogu and father of the popular leader of the pro-democracy group, the I million march” ,Mazi Daniel Kanu.

A release from the royal family at Ndiawa, jointly signed by his sons;Prince Uche Kanu, Barr Emeka and Daniel Kanu indicates that on November 16, 2021 at 6pm, there will be a night of tributes at St James church Asokoro Haile Selassie street Abuja P.C.L for the monarch  who until his death was the chairman of Agura Hotel Abuja.

On Wednesday November 24, his body  will depart the  morgue in Aba by 10am with a flag stop at M.O Kanu blood bank, General Hospital now,  Abia state teaching hospital. From there, it  will proceed with another flag stop at Ohiriozuo House, 62/64 Ehi Road Aba while a commendation service will be held in his honour by 12 noon, same day at St Michael’s Cathedral Aba,Abia state, followed by a reception by Arondizuogu Progressive Union (APC) and Aba business drive common at his residence, No 4 M.O Kanu Drive G.RA Aba  before departure to Ideato.

According to A programme of events to mark the burial of the revered Monarch, on Thursday November 25, the body of the royal father will be received at Obi Izuogu, Eze Izuogu’s palace, Ndiawa Arondizogu. Thereafter he will be received at Obi Ejezie by Eze in council. The body is expected to arrive Obi Kanu by 5pm, where there will be Christian wake keep.

After the burial on Friday November 16, there will be condolence visits in the evening and on Saturday November 2, while the   outing service will be held on November 28 at St Philip’s Anglican Church, Ejezie Arondizogu in Ideato local government area.

The royal family expects friends, well-wishers and associates are invited to the occasion. 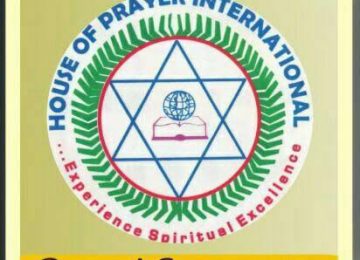