Members of Imo State Conservation Club has called for immediate probe of the Commissioner for Tourism, Culture and Creative Art Mr Uche Ohia for allegedly playing a role that is currently undemining the progress of Imo zoo.

The group alleged that the zoo has suffered great setback since the commissioner was appointed to supervise the facility.

Our reporter who visited Imo State Zoo during fact finding inspection on 25th Thursday, 2021  was however disallowed at the instruction of the Commissioner who visited the zoo for inspection.
But the group alleged that the reason for the Commissioner’s fear is connected with the plan to cover up the truth about the role he played in bringing down Imo State Zoo to discredit the GM of Imo Zoo,Mr Francis Abioye in favour of his subordinate.

The Secretary General of Imo State Conservation Club, Mr Declan Ibewho spoke to our reporters said there is need for Governemnt to screen moral competence of people to be appointed as Commissioner to head Ministry.
He affirmed that the group is requesting for independent panel to probe the alleged mastermind of the IMO Zoo crisis by Hon. Mazi Uche Ohia.

The group said the Zoo has been doing very well for the past some years now without government funding even during covid lockdown.

He said many animals were reproducing such as; lion, Hyena etc “How come the Imo State Zoo suddenly collapse since he became Commissioner.
However, our reporter reporter observed during the visit in the zoo that the Hon. Commissioner carefully withdrew some staff members who could expose his falsehood to the unsuspected journalist who came with him.

“It is necessary for the IMO State Governor or the Ministrer incharge of protection of Enedagered species law to set up an independent panel to unravel the mystery behind the sudden fall of Imo State Zoo since Dr Uche Mazi Ohia took over the affairs of the Ministry of Tourism.

“It is a moral law that no man can be a judge in his own case.
“Such investigation and accompany sanction will serve as deterrent for others who might want to take law into their hands to destroy the few surviving social amenities of Imo people.

“It is unacceptable to Imolites to watch the only viable Tourism destinstion of Imo State being destroyed by a political appointee who does not understand how Imolites and Tourists treasure the State Zoo at Nekede”,he said.

Effort to reach the commissioner for his reaction proved abortive as he neither took his call nor  returned same. 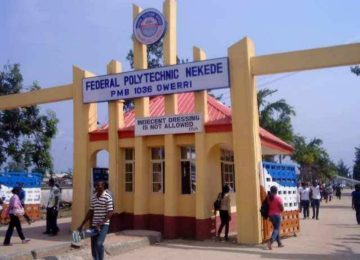