As part of preparations for the success of the 2021 edition of the Mbaise Unity Cup, the organizers of the competition, Ikukuoma Foundation, has been undertaking some stakeholders’ engagements and making sure that all loose ends are tightened.

The program team, led by the Director General, Comrade Julius Nnaji and the Program Officer, Miss Rejoice Ogbuagu, made some scheduled visits to chairmen of the Traditional Rulers Council in Mbaise land. Being the Chief security officers of their communities and the custodians of the traditions, the Traditional Rulers have vital roles to play in support services.

At the palace of His Royal Majesty, Eze Leo Nwokocha, Chairman – Mbaise Council of Traditional Rulers. The amiable traditional rulers was excited when information about the tournament was relayed to him. He gave his support, pledged to do whatever he can to ensure its success behind the competition. He autographed the official football effigy and endorsed the event.

The team therefore proceeded to the palace of Eze Sabinus Nwaneche JP, the traditional ruler of Ogwuama Autonomous Community and chairman of Traditional Rulers (Ndi Eze) of Ahiazu Mbaise LGA. The team was received warmly and specially hosted by the Eze himself who exuded passion for humanity.

After being briefed of the purpose of the team’s visit, the Eze showed delight and concern towards the success of the proposed tournament and assured that he will discuss with other Ezes within his jurisdiction to ensure the success of the competition. He extolled the Founder of the Foundation, High Chief Dr. Summers Nwokie, for his thoughtful sporting initiative. He further promised to bring the entire Ezes within control to grace the opening and closing ceremonies of the tournament. He also autographed the tournament’s official football effigy.

The team also visited  the palace of Eze J.M Nwaturuocha,  chairman of Aboh Mbaise Council of Traditional Rulers (Ndi Eze) who equally gave the full backing of his palace and the entire Ezes within his jurisdiction in support of the football competition. He also autographed the official football effigy.

Going further, the team’s ship berthed at the palace of the Umara III of Adakam Amumara Autonomous Community, His Royal Highness, Eze Ositadimma Nwokocha, Chairman Ezinihitte Mbaise Council of Traditional Rulers who also aligned with his colleagues in appreciating the efforts of Ikukuoma Foundation in the areas of welfare and upliftment of both human and community development, just as he endorsed the program and signed the football effigy.

The team later went to inspect the venues of the matches which are undergoing intensive renovations. On arrival, the contractor was on ground to brief the team on the extent of work done, the time frame for completion of the leveling, regressing and proper irrigation and finally, the designing of the pitches.

He assured of high quality end product. Finally, the team  held a strategic meeting with the Referees Association and other allied partners on matters relating to the level of readiness and the tournament’s programs and statistics planning.

Ikukuoma Foundation promises not to relent in it’s desire to package a memorable tournament that will be worth the while.

Iwuanyanwu blasts President Buhari, Says he is responsible for hate speeches in Nigeria 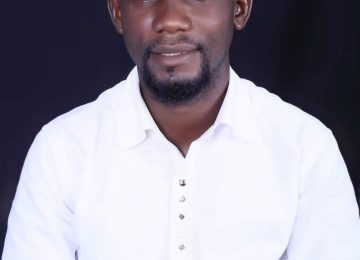