The appointment of Senator Godwin Ifeanyi Ararume as Chairman, Board of NNPC has been over turned as the President, yesterday constituted a new Board with Senator Magret Chuba Okadigbo from Anambra State, as Chairman.

The Special Adviser to the President, on Media and Publicity, Femi Adesina disclosed this in a release he issued, dated January 5.

The release named Mele Kolo Kyari as the new Chief Executive Officer, and Umar I. Ajiya as Chief Financial Officer.

Reports available to our news desk indicate that the recent development didn’t come to keen observers of the intrigues, power play and behind the scene manipulations as a surprise. they had accused some people in the corridors of power of sponsoring and deploying forces to obstruct and impede Ararume’s confirmation and inauguration as Chairman, Board of NNPC.

For instance, a group known as Imo Patriotic Youths IPY, in a report captioned “Stop frustrating Federal government appointments for Imo people” published on the front page of the December, 30,2021 edition of Nigeria Watchdog Newspaper, accused Governor Hope Uzodinma and his supporters of working against Senator Ararume’s inauguration as Chairman, if the Board of NNPC.

The group, speaking through its National President, Comrade Ifeanyi Agbodike who addressed the press on December, 27, 2021 said, they had followed the turn of events in Imo and how Federal appointments allocated to Imo state are frustrated by those who should celebrate the beneficiaries of such appointments, just to score political points, at the expense of the Imo people.

They bemoaned the marginalization of South East but averred that  they are tempted to believe that part of the margnalization is caused by political leaders who are only concerned about what comes to them.

The Group accused Uzodinma and his supporters of fighting Senator Araraume and others who should have been sworn in to assume duties in their various offices before now. They challenged Uzodinma to prove them wrong by openly congratulating Araraume and supporting him to succeed in his new position.

Araraume was recently appointed Chairman of the Board of Nigeria National Petroleum Company, NNPC.

A source further stated that Barr Emma Nwosu who was also appointed as Commissioner in charge of South East in the Revenue Allocation ,Mobilization and Fiscal commission is yet to be inaugurated.

He said, Nwosu was to be inaugurated alongside his colleagues from other 6 zones but because the government never wanted him, they sent series of baseless petitions against him which led to standing down  inauguration of Emma Nwosu.” Till date, the governor who knows that such position is for the interest of Imo and South East in general is yet to make any statement or find out why his brother was not inaugurated alongside others”.

The release issued by the President’s media aide Femi Adesina reads in full ,“President Muhammadu Buhari has appointed the Board and Management of the Nigerian National Petroleum Company Limited, in accordance with the power vested in him under Section 59(2) of the Petroleum Industry Act 2021.

The appointments take effect from the date of the incorporation of the NNPC Limited.

It will be recalled that President Buhari had last September written the Senate on the administrative structure amendments to the Petroleum Industry Act, which included appointment of Non-Executive Board Members, removal of the Ministries of Petroleum and Finance from the Board of the two new institutions, and appointment of Executive Directors.” 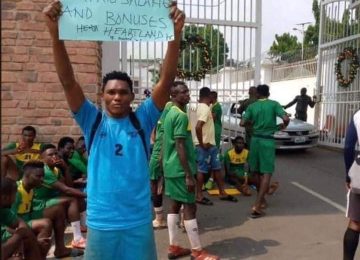