Residents of Awo Omamma in Oru East Local Government Area of Imo State have fled in droves from a part of the community following the resurgence of the nefarious activities of operatives of Ebubeagu Security outfit in the town and its environ.

The spate of kidnapping, arson, unlawful arrest and killing being allegedly perpetrated by the dreaded government owned Security outfit that was ostensibly created to protect the lives and property of the people have compelled young men in the town to desert their families to seek refuge in neighboring communities.

An indigene of the town who pleaded anonymity told our correspondent that some specific families who were targeted for inexplicable reasons had their houses raided and burnt to ashes. He also told our correspondent that even some members of his own family, his uncle precisely who had been down with stroke since 2019, was dragged out of his house before it was razed down January 1, 2022 on unfounded allegations that his son, one Israel Ivuelekwa Chibuzor was a member of Eastern Security Network ESN.

When our correspondent inquired of the whereabouts of Israel Ivuelekwa Chibuzor, he was informed that Israel had fled the town for some time now and his where about was unknown as at the time of this interview.

Investigation by our reporter indicates that the tensed and alarming insecurity in Orlu zone, especially within and around Orsu, Oru East and environ which has been on the front burner of public discourse for a while seems to have defied all solutions as the plight of the residents who have been victims of all kinds of havoc worsens without any form of reprieve in sight.

Valentine, popularly known as Ikuku-Oma n’ Orlu stated this in a congratulatory message he sent to Prof Akah noted that considering the Vice Chancellor’s antecedents and track record, he and others who know him very well and have kept track of his achievements and the success he recorded in previous positions he held had no doubt that he will also excel in his present position.He prayed that God continues to lead and guide him in all his endeavours.

Posted by Watchdog Newspaper - June 4, 2021 0
: ·       Kicks off planting of 5 million trees in Imo  By Dorcas Samson Achi The Nigerian Institute of Environmental Engineers… 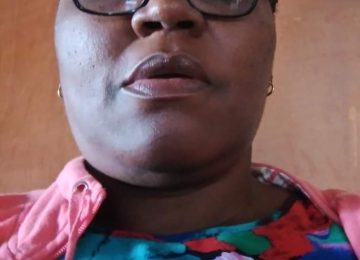 Posted by Watchdog Newspaper - April 15, 2022 0
In view of the varied security challenges in Imo state and the onerous task facing the police command in the…