A group known as Our Orlu Project has vowed to vehemently resist attempt by any person or group of persons to impose unqualified and unpopular candidates on the electorate.

The group disclosed this following a resolution it reached over the weekend.

A onetime student union President of Imo State Polytechnic and current chairman of “OUR ORLU PROJECT”,Comrade Nnamdi Achi who disclosed this while addressing newsmen in Owerri said, “Our Orlu Project” is concerned about good governance and quality representation by honest, proactive and pragmatic candidates who have the capacity to bring home dividends of democracy, hence must withstand and oppose every calculated move to impose undeserving, unqualified and incredible candidates on the people of the area.

“We have been duly informed that some selfish gluttonous politicians  want to hijack our collective mandate. Unfortunately for them, the era of intimidation, Coercion and corruption is over. This leadership theft and looting must stop. It’s time to change the narrative. Such evil move shall be ultimately resisted by every possible means.

“This time around, we insist that the most competent candidate must go for us. It’s appalling how people stay in their hotel rooms or at the beer parlor to make plans on imposing a candidate(s) for the masses and expect them to accept him or her. We shall resist such imposters and his/her cohorts.”

Comrade Achi who described Orlu zone as home for the elites and cream de la cream of the society, regretted that poor leadership has impeded its development, pointing out that the area is yearning for pragmatic leaders who know their onion to  restore Orlu to the path of growth, and socio-economic development.

He attributed the rising and frightening  insecurity in the zone to the inability of the elected political office holders in the zone to do the needful as they have oppressors to make Orlu zone ungovernable instead of fashioning ways to restore peace in the area. 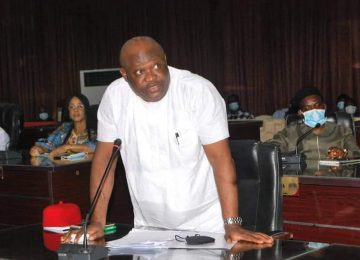