The people of Orlu zone have cried out over the alleged unwholesome activities of Ebubeagu, a state owned security outfit, recently set up by the Imo state government, ostensibly, to ensure security of lives and property and nip the activities of hoodlums in the bud.

However, reports available to our  news desk indicate that, contrary to the reasons for the establishment of Ebubeagu, operatives of the security outfit have become the peoples nightmare and albatross as unlawful arrest, detention and killings have become more rampant.

It was gathered that  some of the areas mostly affected by the menace of incessant and unwarranted arrest of innocent people whose organs are allegedly harvested in questionable circumstances, include, Umutanze, Obor, Okporo, where the lawmaker for Orlu state constituency, Pascal Okolie hails from, Amaifeke, all in Orlu local government area.

Others are Akata, in Oru East, Atta and Okwudor in Njaba local government area, among other areas in Orlu zone.

Some residents of the affected communities who spoke to this reporter on condition of anonymity expressed regret  that the establishment  of Ebubeagu security outfit which they thought would reduce the level of insecurity in the areas has worsened their plight as all the communities mentioned above are presently enveloped by unprecedented level of insecurity as members of Ebubeagu regularly invade the communities at will to arrest and whisk people away indiscriminately.

According to them, “most times, some of those they arrest and take away are not seen again. When they are eventually seen, they are found dead and their organs harvested.”

Some of those who threw light on the alleged murderous activities of Ebubeagu in Orlu zone through the frightening text messages sent to reporter, include Precious Eleh.

Eleh in his text message narrated how operatives of Ebubeagu killed the son of one Mr Lawrence who was on a bike with his friend and also arrested a young man at Nempi in Oru East local government area.  The latter according to Eleh secured his release allegedly after paying the sum of four hundred thousand naira.

One Mr Akuruoulo from Uburu Ihejiofor in Oru West L.G.A in a text message he sent on June 26, 2022 with telephone number, said, “on Sunday last week, they came to our village and shot at any youth in sight and took away the corpses of their victims.

In the same vein, Ifeanyi who hails from Amaojuru in Oru West, in a text message via telephone number, said, “operatives of Ebubeagu security outfit killed a Pastor named Chinonye while he was praying in his church. They also killed one Mr Chinyeaka who was busy molding blocks in his place of work on Monday  last week it should also be noted that the operatives of Ebubeagu who perpetrated these atrocious are not Igbos as they communicated in Hausa language.”

Anoruo Ogechi, an indigene of Atta, Njaba LGA, in a text message he sent with telephone number, said he is a brother to one of the two youths who were killed and burnt last Sunday in the area, while another text message from a different person narrated how a young man was killed in cold blood while attending to clients in his barbing salon at Egbema.

Other messages sent with phone numbers, by Charles Okwara from Ebe-ete-ete in Atta, Njaba, Casmir Ike from Mbano and Matthew Ikechukwu from Prof Avenue, respectively, said last month, operatives of Ebubeagu stormed a Naira Bet Shop at Uburu Ihejiofor in Oru West LGA of Imo state in broad day light and started shooting in all directions at innocent youths most of who were killed, while others were flogged mercilessly and taken to unknown destinations.

‘On Sunday last week, they invaded a village in Atta, Njaba and killed two young men known as Chijioke Uba and Chinecherem Agujioke in cold blood.

It was also gathered that “Sequel to the incessant killings, most bereaved families whose relatives are in the mortuary cannot even go home to organize burials as they have deserted their communities as result of fear of the unknown”.

One Matthw Ikechukwu who lives at Prof Avenue, in a text message he sent with phone number said, “on December, 30, 2021, at about 7am, they invaded our area and went from house to house arresting people while also shooting sporadically.

“They killed seven persons. On 3rd January, 2022, they came back and killed 2 persons while 6 buildings were also burnt. Three weeks ago, Frank Mba, a traditionalist was killed on his way to a patient’s house to administer some herbal medications. They stripped him naked and took his vehicle, in addition to robbing a female P.O.S operator whose money and P.O.S machine they vamoosed with” I have, as a result of this relocated to Okwudor where I am currently doing my computer business.”

One Obinna, an indigene of Atta, Njaba who called from Lagos with telephone number, said, “the Governor who hails from Omuma, in Oru East L.G.A mounted a gate between his community, Omuma and other neighbouring villages, so that when members of Ebubeagu invade the areas in their characteristic manner, they will know where to target their murderous operation, excluding Omuma people, hence a reputable pharamacist, named Joe, was recently killed and butchered by Ebubeagu recently at Njaba.

Some leaders of the affected areas who spoke to this reporter on condition of anonymity wondered why despite the outrage and public outcry elicited by the verifiable reports of unlawful arrests, detentions, killings and the new dimension of alleged organ harvesting , the government has remained mute.

They said, “we are neither in support of Ebubeagu nor Eastern Security Network (ESN). Our concern is that innocent and law abiding people are constantly becoming victims of the heinous, reprehensible and barbaric onslaught of the operatives of Ebubeagu on our people. It is regrettable that, in an overzealous bid to attack members of ESN and vice versa, innocent people who know nothing and are not involved in the rivalry between the two contending groups are callously killed, arrested, detained or taken to unknown destinations. Some of them who are later found have their bodies mutilated and decapacitated.”

“We are worried by the questionable silence of the Hope Uzodinma-led government and call for urgent and comprehensive investigation into the atrocious and murderous activities and disposition of Ebubeagu security outfit”, because it is absolutely unfair for innocent citizens to suffer the consequences of the actions of hoodlums.”

The further said, “the situation is more complicated by the fact that nobody knows where to lodge complaints about the excesses of the operatives of Ebubeagu as its leadership structure is shrouded in secrecy.”

However, the Imo state government in a release, dated June 26, 2022, signed by the Chief Press Secretary to the Governor, Oguwike, said, “Governor Hope Uzodimma of Imo State has granted a10-day window to bandits operating and hibernating in the forests in Imo State to leave the place immediately and surrender themselves and their arms to their traditional rulers for unconditional pardon or face bombardment if they fail to do so.”

The release captioned, “Uzodinma grants 10 days amnesty to bandits in Imo or face bombardment. Buhari for Imo on July 12-13 to commission Owerri/Orlu, Owerri/Okigwe and flag-off of Owerri/Umahia and international conference centre”.

Further stated that, “the 10-day amnesty grace by the Governor is with immediate effect and will be visited with severe consequences if ignored by the bandits.”

The Governor also said that Imo State will be hosting the annual Army Day Celebration from June 30 to July 6,  2022 and that no fewer than 10,000 military personnel drawn from the Army, Navy, Air Force, the Police,  among others  would be in attendance.

They would be led by the Army Chief, the Naval Chief,  the Air Force Chief, the Police Chief, among others, according to the Governor.

President Muhammadu Buhari who is expected to declare open the Army Day celebration has also fixed July 12 – 13 as the period he would commission the Owerri-Orlu and Owerri-Okigwe roads as well as  perform the flag-off of the construction of Owerri – Mbaise – Umuahia (from Fire Service) and  the Orlu-Akokwa roads and the foundation laying ceremony of the Imo International Conference Centre in Owerri.

The Governor said: “The State is more determined now than before to clear all bandits and to achieve this, the expected equipment and additional recruitment of more Ebube-Agu personnel working in collaboration with the Security Agencies in the State will be used to clear all the waterways and ride the state of bandits including crude-oil theft. All the waterways are under surveillance with the delivery of new Naval Equipment to the Naval Base in Oguta.”

Governor Uzodimma further directed the Interim Management Committee Chairmen of the 27 Local Government Areas in the State and the newly inaugurated 52 Coordinators of the Development Centres to resume fully in their headquarters and cooperate with their members and the Town Union President Generals to drive the Government message on security home.

Furthermore, he reiterated his assurance that the LGA elections will be conducted this year, adding that the ISIEC had been asked to resume the process towards the election.

Governor Uzodimma promised that “the election will be transparent, free and fair and only popular candidates will contest and win.” 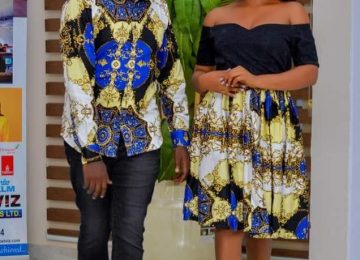 Posted by Watchdog Newspaper - November 30, 2020 0
–Stanley  Amuchie to chair occasion Comrade Okereke Godson C. Bishop, the former NASS Zone B Coordinator will on the 5th of… 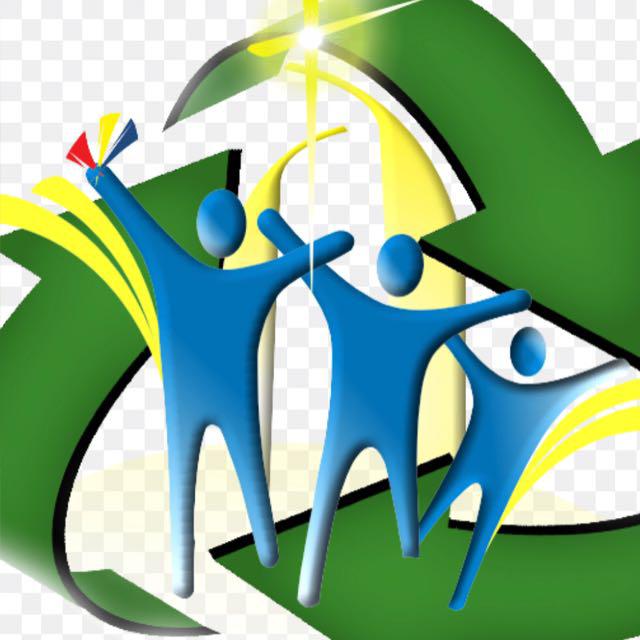