Major Gen Lincoln Ogunewe, a Former Chief of Policy and Plans,Nigerian Army and a one time number two ranking officer in Nigerian Army, while addressing the crowd at the ceremony, expressed gratitude to them for honouring his invitation to witness his declaration of interest to become the executive governor of Imo State by 2023 . He appreciated the Ward leaders, LGA Excos and Party leaders of Ezinihitte for engaging a formidable grassroot mobilization in the LGA.

According to him, he has come to introduce himself to Labour Party and was overwhelmed by their acceptance. He emphasized that Peter Obi is an Interventionist whose emergence in politics has brought a calming effect, adding that he can sacrifice anything for Peter Obi and is highly committed to this struggle because things have fallen apart in Nigeria.

His words,” By the grace of God we will reset Imo. We are not coming to joke. Everyone should start campaigning for Peter Obi. I will organise Town Hall meetings in the 27LGAs of IMO state for Peter Obi. We must be committed to this struggle. This is election and not a peace talk. We must fight for the ObiDatti project. There shall be a new watershed in Nigeria under the presidency of Peter Obi. He is highly transparent, why should we have alternative? He is our our only option. Nigeria shall experience a revolutionary change under his administration”.

Ogunewe stressed on his preparedness to use government to catalyse massive infrastructural development, employment, job creation, establishment of agricultural ventures, food security and other advancements  if he becomes the governor of Imo State .

The Labour Party Chairman of Ezinihitte LGA, Mr Richardson Mmadukwe welcomed him heartily, congratulating Imo people for the coming of the long awaited Eagle to the State. He expressed great hope in his choice of the Labour Party, the only party with human ideology and assured him of the party’s full support and commitment to the Reset Imo project.

Chief Anthony Okeiyi, Labour Party Chieftain whose presence added glamour to the event, described Gen Ogunewe as a well read and well traveled personality of international repute who has continued to make Imo proud in different sectors. He inferred that Ogunewe deserves to be given the mantle to serve Imo State even without election because he served well as a citizen protector and is vast on the management of man and resources with global best practices.

Prof Vitalis Ajumbe, a former Commissioner for Information in Imo State, present at the event described Ogunewe as an outstanding personality that is capable of revising Imo to the wheels of progress. He stated that he has diagnosed the problems of the Imo society and can proffer permanent solutions to them.

Hon Peter Onu ( Alankwuala) a popular leader in Mbaise who in his remark at the occasion attested to Gen Ogunewe’s transparency, simplicity and humility. He described him as a man who has wide acceptance  because of his antecedents, good testimonies and help to numerous people. He encouraged everyone to support him because he is sellable and credible.

Hon Kingsley Onwubiko, the Labour Party House of Assembly Candidate for Ezinihitte Mbaise Constituency who also graced the occasion stated that Owerri Zone must produce the next governor of Imo State, adding that the Owerri people are not slaves in Imo State and should work hard to reclaim the Government House. He encouraged the crowd to do everything possible to ensure Victory for Labour Party in Imo State.

Other dignitaries at the occasion were Hon Kelechi Chukwu, a Chieftain of the Reset Imo project,  Engr Chief David Nwachukwu, Ezinihitte Ward 12 leader amongst numerous others. 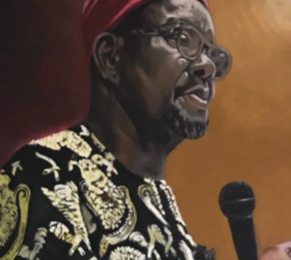 Posted by Watchdog Newspaper - May 13, 2019 0
The law faculty of the Imo State University (IMSU) Owerri, once adjudged the best among Nigerian Universities is at it…

Posted by Watchdog Newspaper - February 24, 2020 0
Billionaire businessman Chief Tony Chukwu has been commended for hosting the meeting of Okigwe stakeholders at his country home –Umueze…