The group which spoke to our reporter through their National President argued that, as core professionals, they have painstakingly gone through all the candidates’ manifestoes and accessed their pedigrees and concluded that, in view of the present state of affairs in Imo, Senator Hope Uzodinma remains the best bet for the job and should be supported by all and sundry.

Justifying their claim, Dr Enyinnia, an ex-banker and financial consultant berated some candidates over their bogus unrealizable blueprint which would further sink the economy of Imo state if such persons are elected into office.

He called on Imo people to vote Senator Uzodinma, who according to him, understands the issues and how best to address them without having to apportion blames to others.

Continuing, he said”, we considered all the problems facing Imo people. As a group, we met on a round table discussion with senator Uzodinmma to peruse his manifesto which was recently presented to Imo people and made our input and are convinced that the blueprint will address the myriad of challenges facing us as a people. This is why we settled for Senator Hope Uzodinmma”, he affirmed.

Dr Enyinnia further cautioned Imolites against campaign of calumny which he said is presently rearing its ugly head. He disassociated Senator Uzodinma from such dirty politics. He maintained that Uzodinmma is a decent politician who does not need to run anyone down to become governor of Imo State.”No doubt he is a servant leader”, he said. 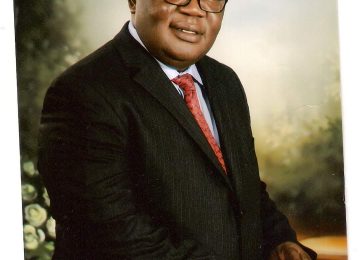