An Abuja federal high court presided over by Justice Iyang Ekwo has refused to grant bail application to the embattled and suspended Deputy Commissioner of Police Abba Kyari who claimed to be suffering from Diabetes now in the custody of the National drug law enforcement agency for illegal drug trafficking offences.

Kyari, through his lawyer, had, on February 21, approached the court to seek bail.

The disgraced cop had also told the court that he was suffering from diabetes and hypertension.

Inyang Ekwo, the judge, held in a ruling on Monday, that the application has been overtaken by events following an order of a sister court, granting the National Drug Law Enforcement Agency (NDLEA)’s prayers to detain Kyari for another 14 days to enable it conclude its investigation.

Justice Ekwo held that the sister court, which gave the order in favour of NDLEA on February 22, was a court of coordinate jurisdiction.

The judge, however, said he was inclined to hear Kyari’s fundamental enforcement rights suit with the urgency it deserves after the expiration of the 14-day court order.

He then adjourned until March 15 to hear Kyari’s application to demand his fundamental right enforcement. 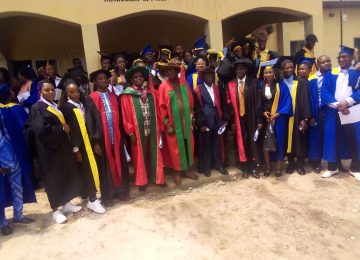 Posted by Watchdog Newspaper - June 18, 2020 0
–      Wanted by Abuja police  In what may be described as a typical case of the hunter being hunted, the Chairman…

Posted by watchdog - October 15, 2017 0
The suit filed by six Students’ Union Leaders (SUG) of the Federal University of Technology, Owerri (FUTO) against the Vice…