As the primaries for the national assembly seats come up today, Tuesday, the Owerri Zone of the Peoples Democratic Party (PDP) stakeholders have endorsed Sir Basil Maduka as their preferred candidate for Owerri Zone Senate.

The stakeholders who reached this decision after an extensive meeting yesterday also beckoned on delegates to vote Sir Maduka as the party’s flag bearer for the Senate, noting that he remains the only aspirant with the required pedigree to defeat his opponents from other political parties.

The resolution urging the PDP delegates to vote for Sir Maduka and signed by the Coordinator of the Forum, Hon. Josiah Nwosu stated that the decision was hinged on the fact that Maduka has a transparent manifesto that centres on job creation, youth empowerment, strong attachment with multinationals with interest to lure  them to invest in the zone as well as having the ability to engage the relevant authorities to bring dividends of democracy to the zone.

According to the stakeholders, “having followed the trends of consultations of the aspirants, we arrived at the conclusion that Sir Maduka ranks the best in terms of humility, loyalty, respect to the party leadership, resourcefulness as a technocrat and businessman and above all he is not controversial in any form.

“Having conducted a survey among all the aspirants from the political parties, we therefore, come to the conclusion that Sir Basil Maduka remains the best to render effective representation to the people of Owerri zone.
“We therefore urge all the PDP delegates in the zone to consider him because he is capable of winning the main election for the party,” they said.
According to them, Sir Basil Maduka’s passion and vision for human development as well as attracting investment to the zone is commendable and we see him as the only aspirant that is focused on investment, youth empowerment and ability to get youths out of criminal activities.

“We are bothered on the future of the youths and people of the zone, hence we took a closer look on the humanitarian and philanthropic gestures of the aspirant and came to the decision that if he is given the platform as a senator he would use it to further reduce the insecurity in our zone and state and promote good governance,” he stated.

From his manifesto, he has promised that within his first one year as a senator he would make sure he stopped insecurity through collaborative engagements of all stakeholders and at the same time make the people align in the development of their state, adding “you need to re-gig their mindsets, letting them know that their problem is not external but within.
“From study, I realize that many investors are running away from the state. I need to redirect and re-educate the youths on this important aspect and leverage on my wide contact,” this is Maduka quoting. 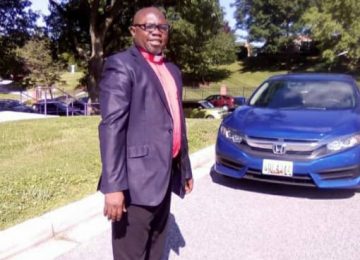 Posted by Watchdog Newspaper - January 25, 2022 0
The former Zone B coordinator of National Association of Nigeria students, NANS, Bishop Godson Okereke has called on Ngor-Okpala and … 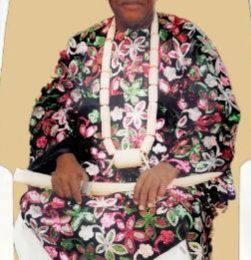 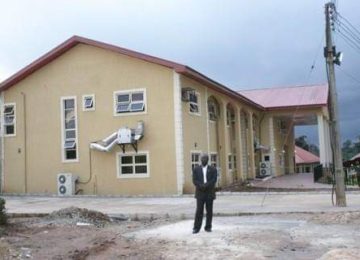 Posted by Watchdog Newspaper - June 5, 2021 0
v Relatives besiege hospital Following public outcry and fear of insecurity in the state with reported killings, some journalists  took a…