The barbaric and unprofessional conduct of some nurses at the Intensive Care Unit (ICU) of the Federal Medical Centre (FMC), Owerri  who last week threw caution to the wind while exchanging punches and trading words in the presence of patients and their relatives has  reportedly smeared the image of the health facility.

The relatives of a patient on admission at the Intensive Care Unit (ICU) of the hospital who commented on the ugly development which he and others witnessed as a show of shame for which those involved should be dealt with to serve as a deterrent to others who may wish to toe the disgraceful path.

The source who expressed dismay at the unprofessional conduct of the nurses said he and others who were present at the scene ‘’were utterly disappointed that nurses who by virtue of their training should be patient, tolerant and accommodating care givers could condescend to the level of behaving like touts and miscreants by shouting uncontrollably and at the same time kicking and throwing punches, to the extent that the condition of some of the patients worsened while some persons whose health conditions abhor noise and tension almost passed out.

A video clip of the incident which was made available to this reporter showed in graphic details the disgraceful conduct of the nurses whose identities could not be ascertained at the time of filing this report.

It was gathered that the incident which lasted for more than twenty minutes was ignited when one of the nurses walked into the ICU and went straight to where one of her colleagues was standing, attending to a patient  and started throwing punches at her for reasons yet unknown.

However, it was gathered that most staff of the FMC Owerri, especially the nurses are usually rude and insensitive to the plight of patients.

‘’Most of the patients are often abandoned to their fate. Though, the Chief Medical Director (CMD) may not be aware of the reckless conduct and attitude of staff while dealing with patients, there is need for him to look inward’’.

Another source said, the CMD may be aware but hardly cautions them not knowing that it is dealing devastating blows on the corporate image of the top notch medical facility that should be a reference point as regards expertise, professional and ethical conduct’’.

The source who said she knows the nurses involved in the disgraceful outing assured that she will confirm their names and other details required of them for possible disclosure to the general  public.

When contacted, the Public relation officer of the Hospital, Dr Jecinta Achonu said she doubts if the video clip which was forwarded to her was from the hospital.She assured this reporter that she will make her finding, thereafter get back to our reporter which she never did up till the time of going to the press. 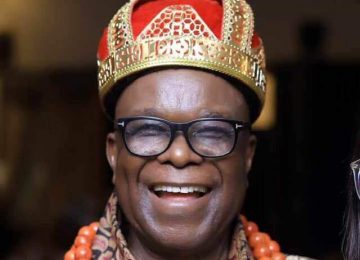