It was with jubilation  that the people of Orlu/Orsu/Oru Federal Constituency received the news of the intention of Hon Dr. Geff Ojinika to represent them once more at the Federal House of Representatives.

To some, especially the masses making up about 85% of the constituents, the news was received with wide jubilation, shouts of joy and enthusiasm that prompted an uncontrollable celebration in the city. But to some, the minority constituting about 15% made up of corrupt individuals who had formed a cabal with the corrupt politicians to be sharing the dividends of democracy due to the good people of Orlu Federal constituency as part of the national cake received the news with shock and disappointment believing that their plans to continue holding the Federal constituency in their pockets has failed and will come to an abrupt end with the entrance of Hon Geff Ojinika in the contest.

It would be recalled that the last time the O3(meaning: Orlu, Orsu and Oru East) Federal Constituency felt the federal presence in attraction, distribution and construction of projects was between 1999-2003, the duration Hon. Geff Ojinika represented area.

Projects like construction of Health centres, construction of Federal Roads, distribution of transformers, sitting of Solar powered boreholes across communities, improvement in Education, electricity and many other important projects were done during his first shot at the Federal House.

These projects mentioned above were scattered across the 3LGA’s that make up the Federal Constituency and are all verifiable. The Ofeahia Amaifeke Modern Health Centre situated at Eke Ogwugwuaga by Eastern Park Hotel off Jafac Road was a case study and has remained one of the best functional health centres in Imo state if not the best and this was attracted, supervised and completed by Dr Geff Ojinika.This Community Health centre is just one out of many other centers across the 3Os constituency. Other communities that benefited from this gesture includes Obinugwu, Ndiowerri-Orlu, Omuma, Amanachi, Orsu-ihiteokwa, Assa-ubirielem, Amaokwe-Awo idemmili, Eziawa to mention but a few and any doubting Thomas can easily do proper verification.

The Orsuiheteokwa born Doctor  of Optometry turned politician also facilitated the upward review of the contract sum for the reconstruction of Umuduru Ihioma/Ihiala/Onitsha road done during the tenure of HE Chief Dr. Achike Udenwa (Onwa) from N800m to N1.63b and went ahead to facilitate the refund of the money by the Federal Ministry of Works to the Imo State Government.

He attracted FERMA to Ekeututu-Awoidemili road construction. And also the rehabilitation of Ihioma-Orsuumuoghu Road as a Spur to Umuduru-Ihioma-Ihiala Road Construction.

He also facilitated the refund of N465m spent on the reconstruction of Orlu-Mgbe-Osina Ideato road by the Federal Government to the State Government of Udenwa Regime.

The Education Sector was not left out. As a lover of education, he proposed so many Bills in the House for the improvement of Education in Nigeria. He was among the few Law makers if not the first that distributed more than 100 Computer sets to schools across his Federal Constituency (Orsu Ihiteukwa Secondary School) as an instance beneficiary with one year internet subscription.

Other achievements of this great law maker are too numerous that I will be exposing from time to time.

The most interesting aspect of these achievements remains that all were recorded in just one tenure. We just listed few and in days to come, we will be listing more. Lest we forget, since the stepping aside of this well trained man of integrity who does not see politics as a do or die affair, Orlu, Orsu and Oru East Federal constituency has had many other representatives not minding the number of years they occupied the revered seat but yet their achievements put together can not equate the achievements of this God sent Law maker (Hob. Geff Ojinika).

His quest to return to the Federal House of Representative is for the completion of the wonderful works he started years back having seen that this all important Federal Constituency has been kept in isolation and abandoned and also left in “Coma” since he left the podium and need surgent resuscitation.

Most bills he introduced in the House before he left had been abandoned and all the representatives that came after him had not done enough for the benefit of the constituents. And that is why all hands must to be on deck to make sure that this energetic young soft spoken accomplished gentleman returns to the House of Representatives to connect back Orlu/Orsu/Oru East to center stage.

The Labour party as the only party that makes credibility and competence the only key to fly their ticket for 2023 election and the only party that accommodates the best candidates with the peoples interest at heart had seen that Geff has all it takes as a law maker to turn around the backwardness these selfish politicians have put the constituency into and entrusted their ticket on him to change the narrative and make Orlu Proud again.

We can’t miss this opportunity to harness once more the potentials of this rear political genus. Let’s take back what belongs to us. There is no better time to change the fortune of Orlu, Orsu and Oru East Federal Constituency than now.

The choice is ours.

Na me be Oz Akuaka. 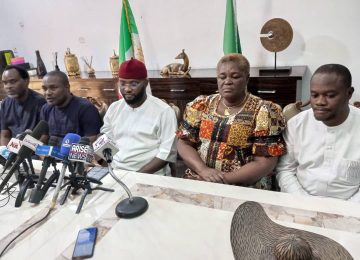 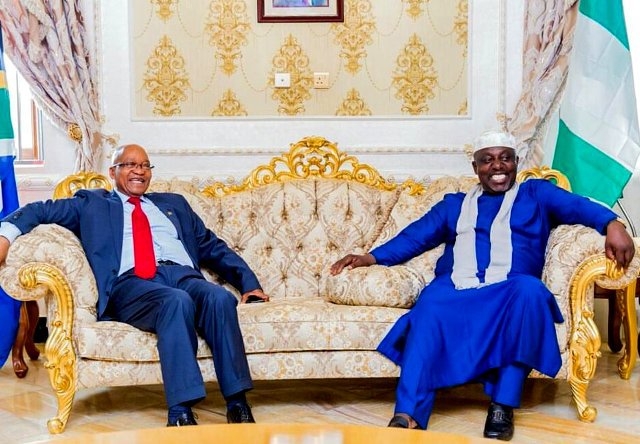