A former Attorney General and Commissioner for justice in Imo State, Prof F.C Dike SAN, has expressed concern over the frightening level of insecurity in the state and the recent attack on facilities of the Independent National Electoral Commission INEC in several parts of the country, including Owerri, the Imo State capital.

Prof Dike in a chat with journalists in Owerri on Tuesday,said the federal government should be held responsible if elections don’t hold in the South East because of insecurity and attendant challenges, adding that the federal government has failed to address the menace squarely despite being in control of the military and para-military agencies.

The legal luminary noted that the regrettable situation in the south east is traceable to the fact that some mediocres with questionable educational backgrounds and antecedents are presiding over affairs at the expense of better and more qualified people who have what it takes to deliver. “This is what we are still suffering till date.

“It is just recently that some people began to present reasonable and philosophical arguments. Prior to this time, it was the dregs of the society who were propelled into the corridors of power by their masters that presided over the affairs of the people. Hence, things have gone haywire’’.

‘’How can somebody wake up and say that elections won’t hold in the South east simply because he wants to secede. That, in my opinion smacks of ignorance and amounts to political naivety. You don’t stop an election by resorting to violence. Neither do you get self determination by killing and maiming people, when there is a constitutional approach to such issues.

“This was what happened sometime ago when some people with credible credentials said that they would not be part of the elections that were held then, thereby paving the way for political non entities to emerge at the corridors of power”.

Responding to a question about the recent attack at the headquarters of INEC in Owerri, Prof Dike said, ‘’I have a feeling that what happened there is synonymous with the biblical, ‘’hand of Easu and the voice of Jacob. As far as I am concerned, there seem to be political undertone to it’’. 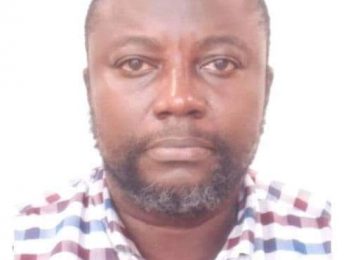